I’m a day behind with this posting… 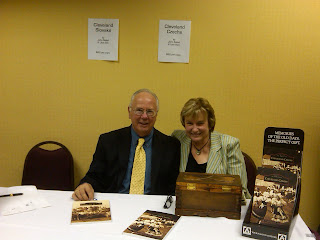 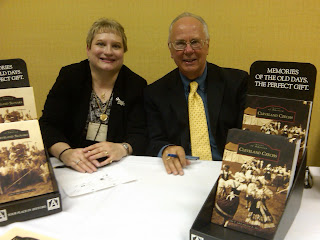 One of my favorite summer vacation memories is my first trip to Niagara Falls and Toronto, Canada. Although I can’t remember the exact year, I believe it was 1970. We traveled there with my “Auntie”–Sister M. Camilla Alzo who came home to Pittsburgh for a vacation from Victoria, TX where she was a teacher. My father drove us to Canada to visit his cousin, Mike Alzo who lived in Toronto. We stopped at the Falls on the way–here’s a picture of me with my “Auntie.” Who could have known that many, many years later I would return to Niagara Falls to get married! 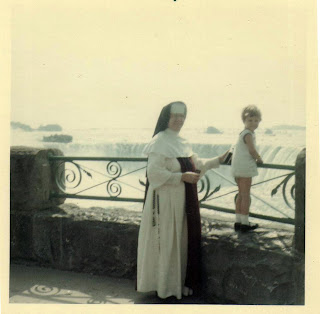 We visited many places in Canada included a park with beautiful gardens. Here I am with my mom and my favorite childhood toy, my bunny! 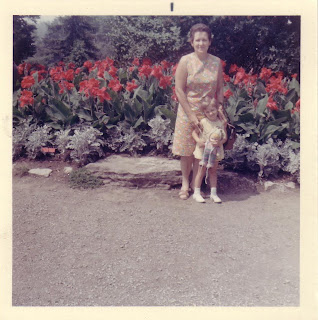 Poor Bunny met his demise not long after that–I became ill and unfortunately (an unintentionally) shared the virus with Bunny! Mom tried her best to save him, but putting him in the washer did him in! I cried and cried when we had to “let Bunny go to heaven.”

One of the things I remember about this trip to Canada was watching Canadian television at my cousin’s house and hearing Fred Flintstone talk in French! I asked my mother “Why is Fred talking like that?” because I couldn’t understand him. But when I was a child that show was funny to me no matter the language (actually I still think it’s pretty funny…)

Thanks for this Blog carnival prompt. It was fun reminiscing–I just wish my parents had put dates on the backs of their photographs!