Ten years ago today I said my final goodbye to my father, John Alzo. I still remember holding his hand as he took his last breath in the room at the Hospice, and even after all this time, the tears are streaming down my face as I write this post. How can it possibly be 10 years?

But Dad would not want me to be sad. I can hear him now, “Don’t cry, Pumpkin.” (He used to call me this when I was a little girl).  Instead, I will think about all of the good memories of my father and share the ten things I miss most about him.

1. His smile. My father always had a smile on his face. He was just a naturally happy person. His smile was big and beautiful. It makes me happy whenever I look at photos of Dad smiling such as the photo above which is one of my favorites.

2. Generosity. My father was generous with his time, his talents, and his money. It may sound cliche, but truly he was the type of person who would literally give you the shirt off his back and never expect a thing in return.  He was a caring husband, father, brother, friend, and neighbor. One of my cousins once told me “If everyone had someone like your dad in their lives the world would truly be a better place.”

3. Seeing him sitting in his recliner. Dad loved his recliner. He would read the paper or watch sports on TV in his recliner. Without fail he would also spend many hours sleeping in that chair.  I still look over at the chair he used in my home and imagine him sitting there with the afghan covering his legs, eating peppermint patties.

4. Those eyes. Beautiful and blue. In them you saw a humble and caring soul.

5. Laughter. Dad loved to laugh and joke around, especially with his long-time friends, Whitey and Andy.  Dad even managed to joke and laugh nearly up until the minute he lost consciousness right before he died.

6. His favorite sayings. There were so many. Some I can share here, others I won’t.  One that always made me laugh was “He couldn’t buy a crippled crab a crutch,” an old saying meaning you couldn’t afford to buy something). I honestly still don’t really get that one, but dad liked to say it. I will also never forget him saying “Time to go to the “emergency list”(meaning a grilled cheese sandwich). He would say this during lunch or dinner when he stayed at an assisted living place for awhile after a long illness and didn’t like any choices on the menu.

7. A calming presence. My mother was a firestorm and Dad was the calm. (I wish I could be more like Dad, but I take after my mother–it is down to those Rusyn genes I’m sure).  Dad could handle any situation with quiet, strong resolve, even when life threw some pretty big obstacles at him like a stroke and Cancer. I could count on my one hand the number of times I saw my father truly get angry with anyone. It was not in his nature. And he forgave…a lot.

8. His hats. My dad loved hats. Mostly baseball style caps to keep his head covered and protected at work since he had a crewcut. Dad had a large collection of caps–football and baseball teams, and assorted other novelty-type hats.  He also had some popular fashion styled hats in the 40s and 50s (like in the picture below).

9. Love of sports. Dad was a basketball star in high school and then went on to play for many intramural and semi-professional teams in Western Pennsylvania–he played the game until he was in his early 50s. I am sure if he would have had a chance to play in big professional leagues he would have given anything to do so. His motto: “Shoot Your Best Shot,”–on the court and in life.  Dad also liked to watch football (the Pittsburgh Steelers and Pitt). Dad took me to some great high school all-star high school basketball games when I was a teenager. Basketball was his life for a very long time.

10. His ability to fix things. Dad was a carpenter by trade and he could build beautiful things out of wood (decks, cabinets, you name it), repair roofs, and fix things. He had such skill and patience and took great pride in each nail he hammered. And, he could spot shoddy work in an instant. His work was appreciated by family, friends, and his community.  Oh how I wish Dad were here to work on things around my house. More than the carpentry, Dad could fix things figuratively too.  He wasn’t the overly affectionate type, but whenever I needed comforting after a disappointment or heartbreak, Dad was there. He would just envelope me in his big strong arms and tell me it was all going to be okay. And, he was always right.

If I had just one more day with my Dad I would tell him all of this and more. He was truly one of a kind. 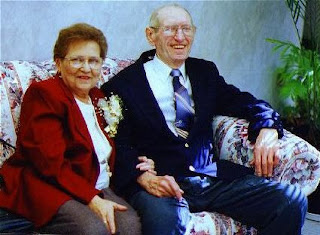 Five years ago today, at 4:10 a.m. I held the hand of my father, John, and watched him take his last breath. Where has the time gone? I still look for him in the house: in his favorite chair waiting to watch the football or basketball game; at the table where he read the newspaper every day after breakfast; in the room where he used to sleep that now functions as my office.A few years ago I wrote down my memories about the moments leading up to Dad’s passing. Today, I share them as a loving tribute to my father, my hero. 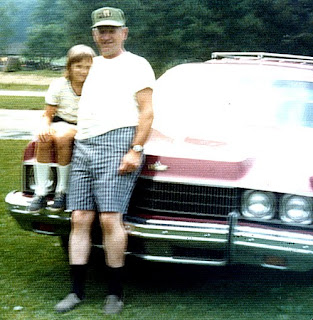 I had been waiting for two weeks to receive the call. Still, hearing the words was difficult. “Lisa, this is Joanie from Lakeside. Your dad is not responding.”

“We tried to wake him up for breakfast and he did not answer us.”

“That’s up to you,” she replied, “But it would probably be a good idea.” “I just wanted you to know.”

I put down the phone.

“Michael, I have to go to Lakeside NOW.” I said excitedly to my husband. “My dad is not responding.”

I had been up since 6:00 a.m. cooking. For some crazy reason, even though it was the day after Thanksgiving and I had just spent two days preparing turkey, stuffing, mashed potatoes and sweet potatoes that we shared the day before with my dad. But that morning I felt the irrepressible need to cook. I was looking ahead to Christmas, specifically Christmas Eve. I had this awful feeling that my father would not make it until Christmas so I wanted to prepare a few of his favorite Slovak foods for him to have that weekend.

But he never got to eat them.

When I arrived at Lakeside that afternoon Dad was unconscious. He was breathing but his eyes were closed tight and not matter what I said to him he would not wake up or respond. I wasn’t prepared.

When we left him the night before, which just happened to be Thanksgiving night, he was laughing and joking with us. His final words included, “Put the Pitt game on Lis,” and “okay honey, I’ll see you.”

Joanie, the nursing supervisor gave me two books: “My Friend, I Care. The Grief Experience,” and “Gone from my Sight: The Dying Experience,” by Barbara Karnes to help me prepare for what was about to happen.

Losing a parent is never easy. Even when you are told the time is near—6 months, 1 month, or a few days or hours. But when I think back about the full life my father has lived to the age of 80, I take comfort in something I heard Basketball great Michael Jordan say during a 60 Minutes interview regarding the untimely death of his father who was killed in 1993. Jordan said, “But I had him for 32 years and he taught me a lot in 32 years. You know how many kids get that opportunity? Very few in today’s society get the chance to spend that much time with their parents, and get that type of influence,” I feel the same way about the 40 years I had with my father.

Not long before Dad was hospitalized, we shared a special moment one night that upon reflection I think was Dad’s way of letting me know that he would soon be leaving this earth. He remarked how the Lord had been good to him his whole life, but then the illnesses knocked him down and he was no longer able to do the things he used to do. Dad said that his only regret was that he wasn’t able to do the “Lord’s work” in the ways he desired. But the truth his, my father was a steadfast and faithful servant to the Lord—right up until his last days he was still showing love and kindness to those who cared for him—thanking his nurses and me for helping him, smiling even though his heart was weak and his body shutting down, without ever uttering an unkind word. I believe it was fitting that he died on a Sunday–the Lord’s day–and also on the first Sunday of Advent, when the scriptures told us we all need to be “alert and watchful for the Lord.” My father did not once indicate to me that he was afraid of dying. The truth is I was more fearful of the moment for him than he was. 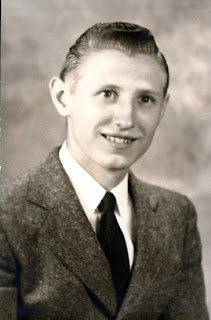 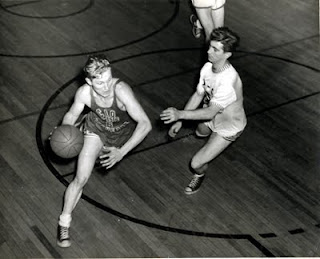 I stayed two nights with dad in his room. Sitting in the recliner chair—keeping watch. I must have dozed off, but at 4:00 a.m. Sunday morning I awakened and saw that the nurse was by his side. I knew, but asked her anyway. “Is it time?” She looked at me and just nodded. I stood up and held Dad’s hand. “I love you, Dad” I whispered, “Go in peace.” Dad took one final breath. He didn’t gasp and it did not last for long. The nurse stroked his forehead. She said she would give me a few minutes and then would make the necessary phone calls. I threw my arms around Dad and sobbed. He had finally let go. And from that moment on, I knew I would have to let go too.

I love and miss you, Dad. Eternal rest!