After a brief hiatus, I’m back to writing about my trip to Slovakia.  I literally and figuratively covered a lot of ground on this journey–so thank you, readers, for your patience.


On Monday, we visited the Redemptorist Vydavetel’stvo Misionar in Michalovce and learned about the history of the monastery and about Jan Mastiliak, rector of the theological institute, who, in 1950, was accused of spying for the Vatican, organizing arms caches, and preparing  a coup d’etat, and then was tried, arrested and received a life sentence.  He spent 15 years in prison, and after an amnesty was put under house arrest in Presov, until 1968 when he was released due to the Prague Spring.  He was a leader, scholar, and teacher. The Redemptorists have opened a cause for Beatification for Fr. Mastiliak. 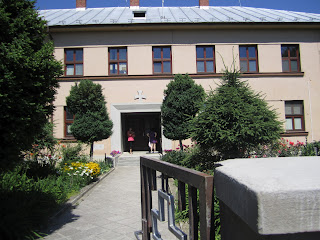 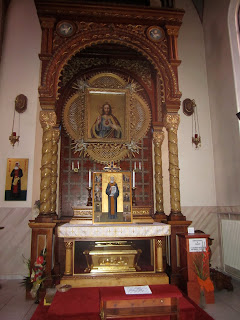 Jan Mastiliak was born in 1911 in Nizny Hrabovec in Eastern Slovakia. He is a cousin on my great grandmother, Borbala Manovsky’s side.  It was really fascinating to tour the monastery and learn about Fr. Mastiliak.  In 1916, my grandfather, John Alzo, received the body of Jan’s father, Nicholas, who died a tragic death while visiting the North side of Pittsburgh (I wrote an article about this story back in 2008). So sad that the elder Mastiliak would never live to see his son achieve such greatness. 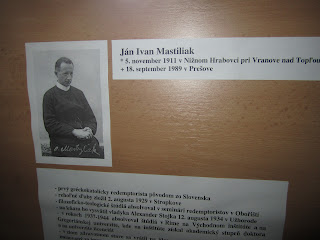 After the more than two hour visit to the monastery, we actually went to Nizny Hrabovec on our way to visit my cousin, Helena.  We stopped at the statue that honors Dr. Mastiliak.

I plan to write more about the Mastiliak family in the future.


All photos by Lisa A. Alzo