Skip to primary content
June 16, 2012
I woke up rather early. The sun was bright coming through the window and it was already very warm.  After I showered and dressed I sorted out the gifts I had brought for my family.  Soon, I could hear some very loud (American) pop music outside of my window—turns out my room faced a soccer field and they were getting ready for some sort of event.
We received breakfast tickets when we checked in to the hotel, so we went to the breakfast room around 8:30.   In Slovakia the continental breakfast consisted of meats and cheeses, tomatoes, cucumbers, bread, pastries.  There were a few hot foods (hard cooked eggs and sausage and some others I can’t remember), coffee, tea, juice.  There was no toaster available, but you could ask them to toast it for you.  I’m not much of a meat eater and don’t usually do cold-cuts for breakfast, so I opted for the toasted bread and some yogurt, and coffee, lots of coffee!
The family party (to celebrate baby A’s first birthday) was schedule to start around 11:00 a.m.  Many of my Alzo relatives would be there along with some new cousins I had not met during my previous trip in 2010 (including Renata’s brother, Joszef, who so resembles my father! Same eyes and same smile).  We had plenty of food and drink, and birthday cake.  The food was served in various courses throughout the day. 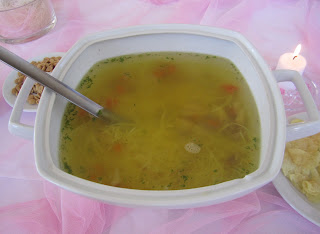 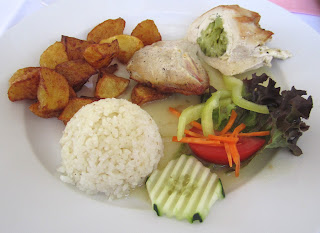 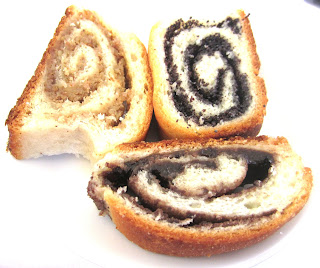 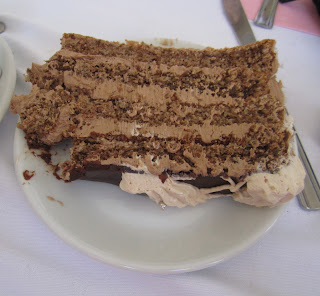 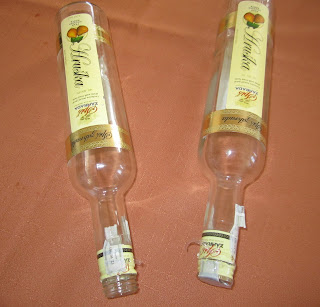 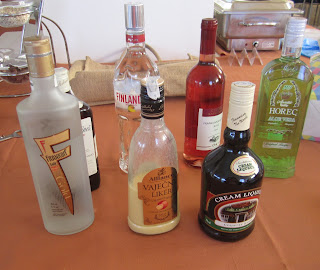 I took advantage of the opportunity interview my cousin, Helena, who is the oldest of the clan.  Thanks to my iPad, the Wi-Fi, and my Evernote App, I was able to record snippets of the interview and type notes as my cousin Renata translated Helena’s answers to the questions I asked.  I learned some interesting things about my Alzo ancestors and was able to obtain dates, and details about family relationships that I can follow up with record searches.  The family also brought some old photographs that I planned to borrow and scan with the Flip-Pal mobile scanner I brought along.
It was wonderful to visit with everyone, and we took many pictures.  [Out of respect for my family’s privacy I am not posting any of the group photos here].  But I took this photo of the candle on our table.  I was told that you are not supposed to blow out the candle, but let it go out on its own.  It symbolizes the light of the family that always burns. 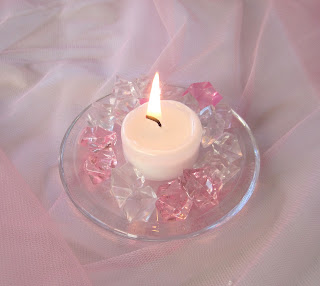 There was a wedding reception being held at the hotel.  We watched as the bride and groom arrived and got to see a few traditional customs such as the “kidnapping of the bride” and others.  We had hoped to watch the traditional Redovy (dollar dance) but we waited until 1:00 a.m. and they were still not ready to start, so we finally decided to call it a day.
All photos by Lisa A. Alzo
Copyright 2012, Lisa A. Alzo
All Rights Reserved
[Note:  I am not being compensated by any of the companies that produce the commercial products mentioned in this post].
http://theaccidentalgenealogist.blogspot.com/atom.xml

4 thoughts on “Sojourn in Slovakia: The Sequel. Day 2–Party Time!”