This is my grandmother’s baptismal certificate (1899, Lutina, Slovakia). 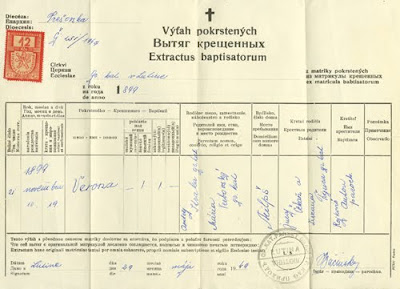 and the passenger list showing her arrival at Ellis Island in New York in 1922. 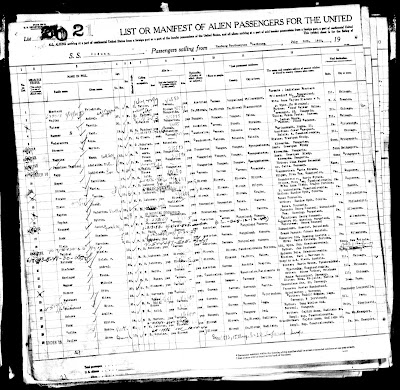 Verona Straka was born on November 11, 1899 in Milpos, (Hungrary, later Slovakia) to Maria Verbovsky and Andrej Straka. She was the youngest of 13 children. On July 26, 1922, Verona, along with countless other immigrants, boarded the S.S. Orduna, which left the port of Hamburg, Germany for the United States. When she arrived at Ellis Island, NY on August 7, 1922, she was listed on the ship’s manifest as a “laborer” with $25 in pocket her pocket en route to her final destination—her sister’s house, in Duquesne, Pennsylvania.