Skip to primary content
The most amazing part of Day 5 was seeing the house my grandfather grew up in, and to walk on the very same soil where he once walked. 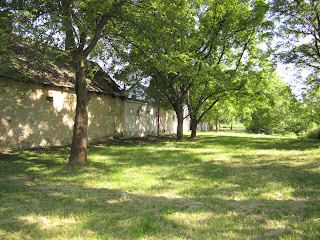 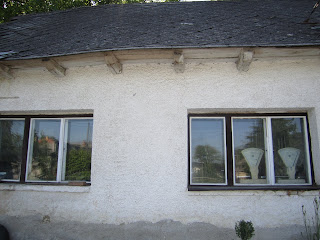 It’s difficult to put into words what it meant to me to stay in a house that was on my family’s land. 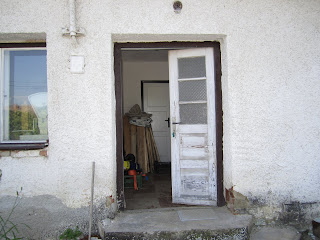 Renata’s father had built a new house across from the old homestead and this is where I spent two nights. The old house, while still standing, is not structurally fit for anyone to live in it. The family uses it for storage now. The dirt floor, the paint, and a few things inside are all original. Wow…going back to the late 1890s…so much history in such a small space!
While taking the tour of the homestead, I collected some soil, and I also learned more about my Alzo ancestors. Janos Alzso Czigas – (now written “Cigas” but read “Chigash”) was apparently my great grandfather’s name/nickname. I learned from my cousin Jan (translated via Renata) that my great-grandfather was working at the manor house in Kucin, (which is still there, about 10min walk from the Alzo house). It is a very old, but very basic house (nothing like the castles in other places). Renata put it very nicely, “…but compared to one-roomed people’s houses/accommodation at that time, it must have felt ‘rich’.” My great-grandfather was working there as a servant with horses and a cab, and in Hungarian, the name for that post was apparently “cigas.”
My grandfather died before I was born, and just being in the place where he played as a boy, worked, and spent time with family helped me to feel close to him. And so, thankful to him too–for having the courage to leave it all behind–his family, the home, the land, the village for the unknown world of a steeltown in Western Pennsylvania.
to be continued…
Photos by Lisa A. Alzo, June 7, 2010