Friday, June 4th–After a good night’s sleep and a light breakfast, we set off on our Friday adventure–heading to Milpoš. At first things weren’t looking so good. The steady rain had caused quite a bit of flooding around the area, including one of the roads in to Sabinov–one of the towns we needed to pass through to get to Milpoš. 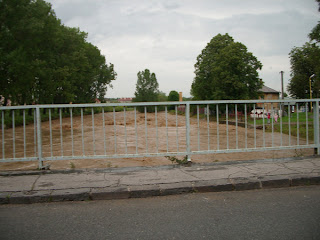 Thankfully, Stevo was with us–he was our guide and translator extraordinaire! Stevo knew another way to get through Sabinov and we continued on towards our destination. It was still raining a bit, but this did not dampen my excitement or anticipation of seeing the birthplace of my grandmother. I said a prayer that we would be able to get there. I’d come all this way and was hoping I would not be disappointed. 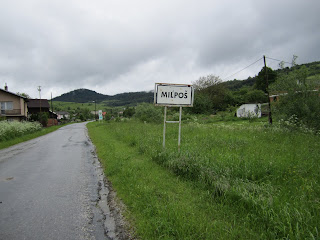 Photo by Lisa A. Alzo
Finally, we came upon the sign marking the entrance to the village.
I could already feel the tears wetting my eyes.
To be continued…